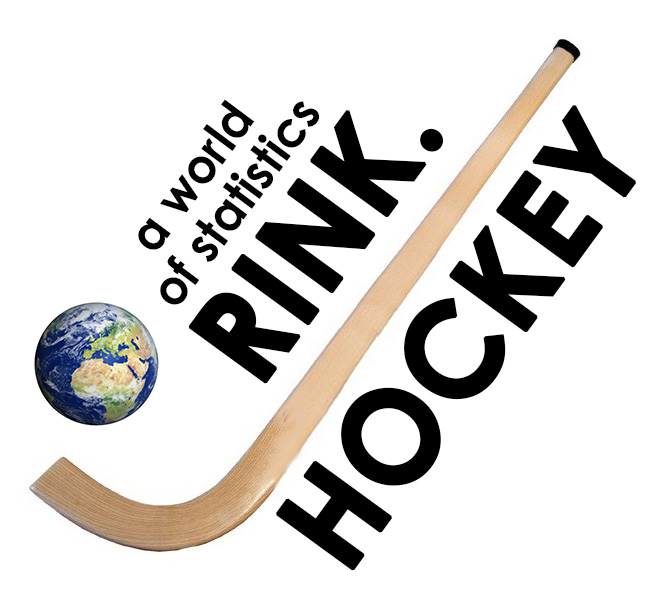 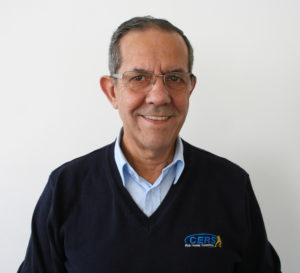 At the Electoral General Assembly held last July, the representatives of the European Federations gave me the honour to continue to lead the Rink-Hockey European Technical Committee for an additional four-year term, which – by decision of the CERS Congress where we are integrated – changed is former designation (CERH – European Rink-Hockey Committee) for the current one: CERS RINK-HOCKEY.

This renewed confidence, for which I am very grateful and proud, reflects recognition for the work that I and my team have accomplished over the past four years, reinforcing our motivation and commitment to try to keep the course set and, if possible, to do even better in the future. It is therefore important to situate some of the aspects (and the results obtained) of the work carried out in the “first period” of this challenge, aiming at the promotion and development of rink-hockey.

Soon after our first election on November 3, 2012, we assumed to be a priority to “break” with the recent past and to focus on the change of the “image” of CERH, establishing a specific program of action in the areas of communication, dissemination and promotion of rink-hockey, ensuring a “proactive” intervention both with the media and before our main and most important partners: the European Federations and their affiliated clubs.

Consequently, a new logo was approved, a new site was created and we started an effective presence in “social media” (facebook, twitter, Instagram). In addition, we decided to focus on the creation and launching of “CERH TV“, to ensure – via web streaming – the live broadcasts of different matches of the different European competitions, either of those normally considered “most important” (male seniors), or of all the other competitions, both men’s and women’s, including in the competitions for the younger age groups.

To this end, it was necessary to provide our structure with a Communication Department, obviously involving the collaboration of qualified human resources (a web manager and a press officer). In this way, we have been able to – in a timely manner – enable the dissemination of results and information on the sporting activity at the European level, as well as the necessary logistical support in all the final matches of the different events (Nation European Championships and Club Final 4), ensuring the necessary support to the Media, promoting  interviews and press conferences with coaches and players, making press releases, posting photos on Instagram, tweets and postings on facebook, etc.

We also ensure the competent organization of the various competitions– and in places that are properly regulated – ensuring compliance with current regulatory requirements. But if, in terms of image, the most relevant events must deserved our attention, we do not stop investing in the development and promotion of rink-hockey. Thus, and under the proposal of our Commission for the Rink-Hockey Development in Europe, we approved in December 2012 the Strategic Plan for the Promotion, Development and Dissemination of Rink-Hockey in Europe, which served as a working platform and was sustained in a fundamental “tool” for the development of our sport: the MINI-OK

With MINI-OK we promote a rink-hockey game for children of both sexes, giving preference to two different age groups –from 4 to 6 and from 7 to 9 years old –  and betting on developing a basic and very simple “philosophy”: no “oblige” the children to play a game that is not appropriate for their physical and mental development, modifying the game practiced by the adults and adapting it to the needs of the children.

That is why we are careful to ensure that the rules are in place, promoting their dissemination throughout Europe – with the production of video Cd’s in various languages –  and ensuring the necessary technical support for their implementation, not only in the European Federations that already participate Regularly in roller hockey competitions, but also seeking to capture and encourage for their practice the Federations of the countries in which this discipline has no expression.

In addition – and taking advantage of the realization in different European countries of our sporting events-  we promote and monitor various training sessions on subjects of different nature, ensuring the holding of lectures, seminars and debates involving technical and/or refereeing issues. We also ensure training in Austria and Israel.

It should also be noted that we pay particular attention to women’s rink-hockey competitions, whose future was debated during the European Championships held in December 2013 in Mieres, Spain, with the following immediate consequences:

Another important area of our intervention was based on the work done by the European Refereeing Commission, responsible for the implementation of a system for the perform evaluation of all the European Referees, which includes all the matches of all the competitions, a situation that was only possible by the important and valuable contribution received either from the Managers and Coaches of the clubs and of the national teams, or from the Technical Delegates we have designated for this purpose.

Besides that, in the European Championships of Nations and in the Final 4 of the club competitions, it is ensured the permanent monitoring of the Rules of the Game, with the promotion of daily meetings with the designated Referees regarding the incidences of each game, thus ensuring a permanent and qualified training sessions in each one of the competitions in question.
Without false modesty, we believe we have done a lot, but we are sure that much we still must do.

The small number of changes that I decide now to introduce in the CERS-RH members and collaborators, aim to give a greater operationality and capacity to intervene in relation to the future challenges that are ahead.

We want to increase the promotion and development of the women’s rink-hockey– both at the senior and junior level – in recognition of their remarkable growth and progression, without neglecting to increase the quality of ice hockey competitions European … as well as the training of the various players who serve our sport ….

In this regard, the contribution of the new team of the Commission for the Development of Rink-Hockey, which is now exclusively made up of technicians of recognized quality, will be very important, and will play an even more active role, not only  in relation to training initiatives but also in relation to the conduction of specific studies, opinions  and proposals regarding the rules of the game – including, in particular, the revision and eventual reformulation of the age groups and the corresponding playing times– with the purpose of their submission for the FIRS approval.

In addition, and in view of the already approved Strategic Plan for the Promotion, Development and Dissemination of the Rink-Hockey in Europe, it will be necessary to establish a short-term program of action to provide the necessary technical support to assist the growth of rink-hockey in the lesser-resource countries where it is already played, as well as to try to involve new Federations in its practice, namely through MINI-OK.

Finally, while recognizing that the last four years have been marked by the big improvement in the Communication of this Committee, we believe it is necessary – now that we have a new name and a new logo– to focus on new initiatives that can contribute to an even more positive development.
Consequently, it is a source of pride to me to announce the birth of this new CERS-RH website: www.wseurope-rinkhockey.org
This site is now our new showcase, the place to find everything about European rink-hockey, taking into account that it is now possible to host the growing amount of information and content that we have every interest in divulging.

In fact, in addition to the usual information – such as official communication, results and classifications, rules and regulations, etc. – this new “site” – which can be easily accessed by smartphones and tablets – has some new features and potentialities, including a database with statistics of players involved in European competitions – and also covering national competitions-  whose update will be provided frequently, including news from European countries, thanks to the partnership that has been secured with several national Federations and various qualified media.
www.wseurope-rinkhockey.org will be the new access point to all our activities, wishing that it is to your liking.

NEW COMPOSITION OF THE COMMUNICATION DEPARTEMENT